Ricky Fried is now in his 14th season at the helm of the Hoya program after serving as a Georgetown assistant coach in 2003 and 2004.

In his first 13 seasons, Fried has led the Hoyas to a 139-97 overall record and a 71-17 record in BIG EAST regular season games. During the 2014 season, he became the winningest coach in program history following a 13-6 win over Temple on April 19.

Under Fried, Georgetown has earned seven BIG EAST regular season titles, made six trips to the BIG EAST Championship Game, winning in 2010, and has advanced to the NCAA Tournament seven times, reaching the quarterfinals twice.

In 2017, Georgetown went 9-9 with a mark of 7-2 in BIG EAST Conference play. The squad earned a BIG EAST Championship berth marking GU's 11th-consecutive trip to the conference postseason. The Blue & Gray had one player named all-region and five All-BIG EAST honorees including BIG EAST Midfielder of the Year Francesca Whitehurst.

Prior to Georgetown, Fried was an assistant coach at Johns Hopkins University for nine seasons. While at the school, Fried served as the recruiting coordinator and helped build Hopkins in to a Division I Top 20 program after aiding in the transition from a strong D-III program.

A 1988 graduate of the University of Maryland, Baltimore County (UMBC), Fried was an All-America midfielder for the Retrievers lacrosse team. As a senior, he served as team captain, was named the team's Most Valuable Player and earned the team's Leadership Award. He was named to UMBC's All-Time Team in 1990.

Fried arrived at Hopkins following a two-year stint as an assistant coach at the Gilman School and serving a season as an assistant at his alma mater. He also played professionally with the Philadelphia Wings from 1989-92 and 1997 and the Baltimore Thunder from 1993-94.

Fried is also active in the Intercollegiate Women's Lacrosse Coaches Association (IWLCA) and has served as the organization's vice president, on the board of directors, on its ethics and recruiting tournaments committees. Currently, he is the chair of the Regional All-American Committee and is a member of the Tewaaraton Trophy Committee.

After serving as an assistant coach for the U.S. Women's Lacrosse Elite Team for three years, Fried was named the head coach of the national team in August 2009. He held the position until fall 2017.

Fried currently serves as the head coach of the Philadelphia Fire of the WPLL. 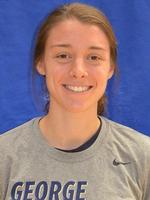 Kelyn Freedman joined the program in 2019, but she was no stranger to Georgetown as a two-time First Team All-BIG EAST midfielder for the Blue & Gray from 2011-14.  The former team captain sits among the program leaders in points (120), goals (98) and draw controls (135).  In her four years at Georgetown, Freedman played in 67 games with 41 starts.  Her teams appeared in two NCAA Tournaments and as a senior she was named IWLCA Second Team All-South Region.  The marketing and management major was also a member of the women’s basketball team her senior year graduating in 2014.

Freedman spent three seasons at George Washington working with the defense.  In her time, two Colonials received postseason accolades as Jenna Oler was named to the Inside Lacrosse All-Rookie team and Jocelyn Donohue was chosen to play in the North-South Senior All-Star game.  In the classroom, GW recorded a program-record 12th consecutive year as a member of the IWLCA Academic Honor Roll.

As an assistant coach at Niagara University, Freedman's primary responsibility was coaching the defense and transition strategy and facilitating the development of players. Under her leadership in 2016, the Purple Eagles recorded the second-most wins in a season in program history, finishing the regular season at 9-8 before falling to Fairfield University in the first round of the MAAC Championship. Niagara also posted its first ever five-win season in MAAC play and improved from 12.6 GAA to 9.8 GAA.

Prior to coaching at Niagara, she was a member of the women’s basketball team for one season and graduated in 2016 with a Master of Science in Sports Management.

A native of Radnor, Pennsylvania, Freedman directed the Raider Lacrosse Camp in Philadelphia in addition to coaching with the STEPS lacrosse club.  She also plays professionally with the Philadelphia Fire of the WPLL. 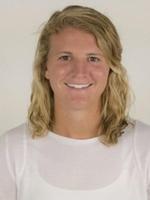 Katrina Geiger joined the Hoya staff in 2019 from Elon University where she spent one season as an assistant coach.  That season, the Phoenix went 6-12 and 3-3 in the CAA.  Geiger helped coach the CAA Rookie of the Year as well as two Second Team All-CAA honorees.  She worked with both the offense and the goalkeeper to break a single-season record for saves.

A native of Drexel Hill, Pa., Geiger graduated from Loyola in 2016 with a degree in communications before completing her master’s degree at Loyola in emerging media.

Her coaching experience includes working with SEVEN Lacrosse Training along with Green Turtle Lacrosse Club as a head coach.  Geiger is also still on the field playing professionally for the Philadelphia Fire of the WPLL.